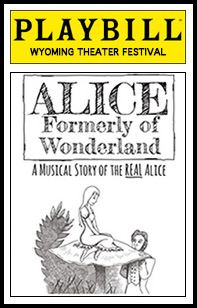 Mark Saltzman’s fact-inspired new play Alice Formerly of Wonderland: A Musical Story of the Real Alice is among titles in the 2016 Wyoming Theater Festival, a startup initiative now in its second season devoted to developmental productions of new works and revivals of plays and musicals. The playwright was recently in residence in Sheridan, Wyoming, with other guest artists, including director Kent Nicholson, to stage the new music-kissed play, scheduled for a July 18-29 run in the 85-seat black box space called the Mars Theater. Saltzman shared some thoughts about his new work. 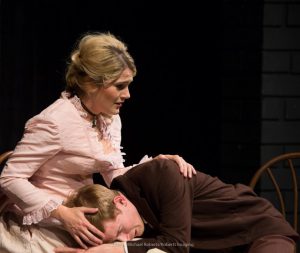 Jenny Case and Daniel Stewart in the Wyoming production

Saltzman is known for his regional and Off-Broadway musical The Tin Pan Alley Rag, the TV movie “Mrs. Santa Claus,” the feature film “The Adventures of Milo and Otis” and the plays Rocket City, Alabam and Mr. Shaw Goes to Hollywood. He was a co-writer of the hit Off-Broadway revue A…My Name Is Alice (a celebration of womanhood, not Wonderland).      … read more 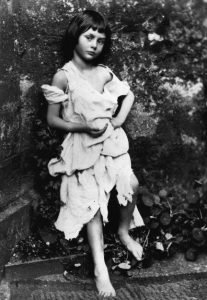