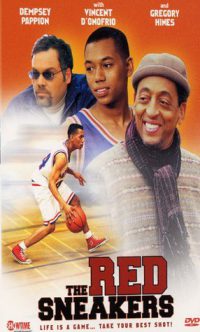 Buy the DVD today at

Reggie Reynolds (Dempsey Pappion) is the hard-working manager of his school basketball team. The problem is, he wants to be a superstar! But how can you be an NBA prospect when you can’t play ball? When the neighborhood junkman (Gregory Hines) sells a magical pair of old sneakers to Reggie, he becomes the victorious, buzzer-beating, high-flying underdog who leads his team to the finals! But as scouts rush in to offer Reggie the golden future he’s dreamed of, a shady sport shoe manufacturer (Vincent D’Onofrio) plots to bench Reggie and his dreams of glory for good! Will evil triumph? Or will heart, hero and magic prevail?