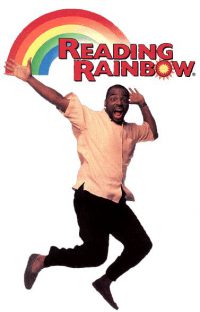 Launched in 1983, Reading Rainbow became the most watched PBS program in the classroom. The series was formulated because of the “summer loss phenomena,” whereby a child loses some of his or her reading abilities because they tend not to read during the summer. While the concept of Reading Rainbow began as a summer program, it quickly grew into a broadcast blockbuster, classroom staple and cultural icon.

During its 26-year run, Reading Rainbow garnered more than 250 awards, including the prestigious George Foster Peabody Award, Telly Awards, Parent’s and Teacher’s Choice Awards, and a total of 26 Emmy Awards, including ten for outstanding series.